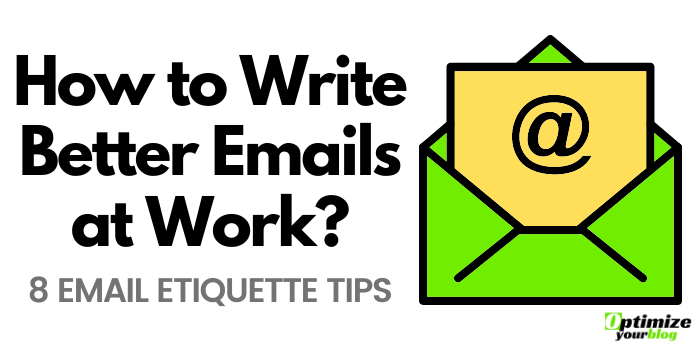 Making email etiquette mistakes in the workplace it’s not going to capsize your career. How to Write Better Emails

But learning the unspoken rules of writing professional emails will affect how competent you are perceived to be in the eyes of your colleagues.

And since there are no standardized training courses for this, in this article, I’m going to first share the very real benefits of getting good at emailing in the workplace, then dive into the top eight tips for professional email etiquette.

So let’s get started.

Think back to the last time you received a poorly written email, you might have had to reread it a few times to get the main point and the action items might have been scattered all over the place.

Worst case scenario, it led to an unnecessarily long back and forth email thread that could have been avoided had the initial email been properly planned out and therein lies the beauty of well-crafted emails.

Not only does it help you the sender come across as more capable by showcasing strong communication skills, but also saves the reader so much of their time by only surfacing information relevant to them.

So without further ado, here are the 8 Email Etiquette Tips.

Tip #1. Include CTA in Subject Line

My first step is to have a call to action when appropriate in the email subject line.

Most of us are familiar with a generic action required in subject lines right?

My recommendation is just take it a step further and include exactly what you need the recipient to do and the estimated time it takes for them to do it.

It’s a survey for project X, I can get it done very quickly in between the two meetings I have.

Or if it’s not appropriate to include the estimated time, be specific about the call to action.

So Jack knows what’s expected of him even before he opens the email.

Tip #2. One Email Thread per Topic

Stick with one email thread for the same topic.

I’m going to be honest I got called out for this by colleague of mine, but I’m glad she told me.

Basically I used to send out separate emails for the same project whenever I had a new idea or follow up question.

But if you think about it from the recipient’s point of view, they’re missing the context from the original email thread and multiple new emails on the same topic just clog up their inboxes unnecessarily.

So the general rule of thumb here is to stick to the original email chain for any given topic.

So everyone can refer to the same information.

Email etiquette tip number three, explain why you added in or took out recipients in email threads.

There are many situations you have to add someone in to the email thread to get their input, or take someone out to spare their inbox.

A professional and easy way to do this is to add a sentence at the very top of the email clearly showing who you added in or took out.

I’d like to add parentheses and italicize the font to separate it from the actual email body.

This way the readers know who the new recipients are immediately.

Tip number four, actually addresses a very big pet peeve of mine, which is when senders include a lot information up front, but what they’re really trying to get at or ask for is at the very end of the email.

To avoid that always include your main point first, followed by the context.

By pushing the context back, we’re giving the other person the option to read the not so important part of the email.

Oftentimes when we’re emailing someone more senior than us, we feel obligated to explain why we’re emailing right at the beginning so it doesn’t seem like we’re bothering them.

This is actually counterproductive because if the person is very senior they probably just want to know what you’re emailing them about how they can help deal with it then move on with their own schedules.

Also Read: Which Backlinks you should Create and When?

Tip #5. Summarize in Your Reply

Tip number five, if you receive an email with a lot of disorganized content, summarize the sender’s main points for them in your reply.

So if you receive an email from someone who clearly has not read this blog and sent you a long, wordy, convoluted message you have to reread a few times you want to do two things.

Not only does this help you confirm your understanding is correct, the other party will appreciate the extra effort you took to help them organize their thoughts.

This is another pet peeve of mine.

If you’re sharing a link with someone over email, you really should take the extra few seconds to hit Command+K on Mac or Control+K on Windows and hyperlink the external website or video.

Not only to this looks so much cleaner to the recipient than just pasting the big clunky link, but it also decreases the chances of you making a mistake by adding an extra letter or deleting one in the original URL.

Change default setting to reply instead of reply all.

This is honestly the risk averse side of me talking.

The way I think about it, let’s say your reply to an email in a rush and you do make a mistake, the damage is contained to that one recipient because your default setting is a reply to one person instead of reply to all.

This is a standard setting and most if not all of the popular email clients and you can usually find this in the general settings section.

So you might not know this, but Murphy’s Law when it comes to emailing the workplace, is that you will always catch your mistakes 10 seconds after the email is already sent.

All jokes aside I’m sure we’ve all been there.

We send an email we go into the sent email folder to read it from the other person’s perspective and we realize something is wrong.

Again this is a standard setting you can play around with in all of the email apps.

Instead of the default five seconds undo send, for example, we continue to 30 seconds for good measure.

Please let me in the comments below, which one of these tips was your favourite.

Or perhaps which ones you’ve already been using all this time. 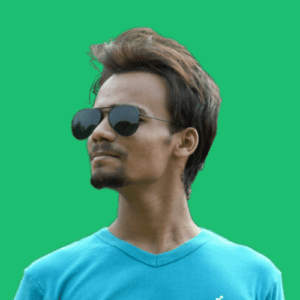 Hey, Mosam (मौसम) this side. I'm the author of this article & owner of this website. You can expect my Blogging experience, Affiliate Marketing and Make money online Guides here.

Subscribe to my newsletter to get weekly tips and learn to make money online using blogging and affiliate marketing.

My posts may include affiliate links. If you purchase something through one of these links, you won’t pay any extra, but I’ll receive a small commission which helps support this blog. Thank you for your support!! Read More>>

@optimizeyourblog is started & owned by MOSΔM, who is a blogger, an affiliate marketer & an online entrepreneur.

Through my blog, I share valuable insights and tips to help others grow their online presence and businesses. You can expect ~ My Blogging journey experience, Wordpress tool reviews, SaaS reviews & Make Money Online guides in this website.

Let’s connect and make your online dreams a reality! 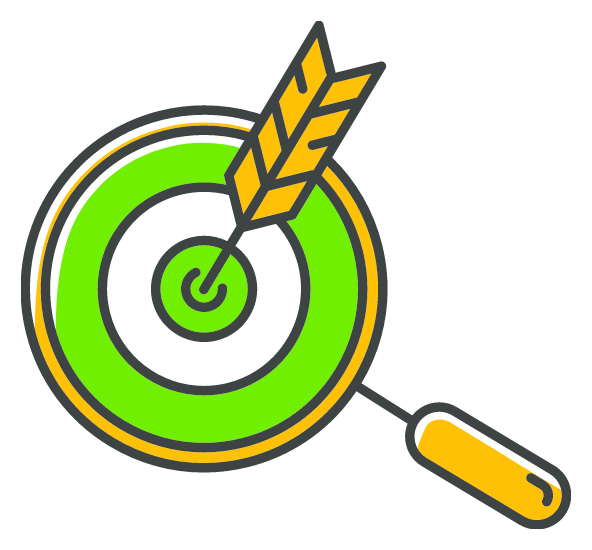 Enter your name & Email and Get your 50+ Microniche Lists Now.